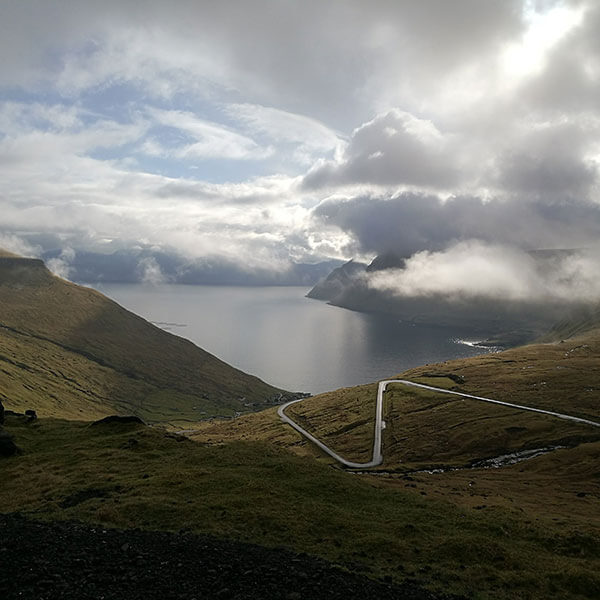 Thirty-seven names for fog in the Faroe Islands

‘What are you doing here?” asked the man I stopped to ask for directions in Tórshavn.

Not the angry, “What the hell are you doing here?” nor the inquisitive, “I’d like to know more about your plans”, but the “Why on earth are you here now?”

That much I’d realised. Fog meant ours was the last plane to land that day, fly as they must up a fjord, wingtips close to the towering slabs of granite on either side. There are 37 words for fog in Faroese, and I’d landed in mjørkakógv (very thick fog), giving me an often frightening drive between the airport on Vágar Island and the capital city on Streymoy Island. Even the sub-sea tunnel felt mjørkatám (hazy).

Two days later the pollamjørki (sea-mist) had lifted and I drove the same route in glorious sunshine, this time my breath taken not by fear of driving over the edge, but by the view; as my granddaughter would say, it was “massive”. For once she’d be right, everything was massive; huge fjords and vast mountains rising straight out of the fishing-boat-blue North Atlantic, peaks still covered in snow, outfields turning from drab to emerald as I drove. I could easily believe in the existence of the “huldufólk”, the elvish people who live in the sorrel-green stones. 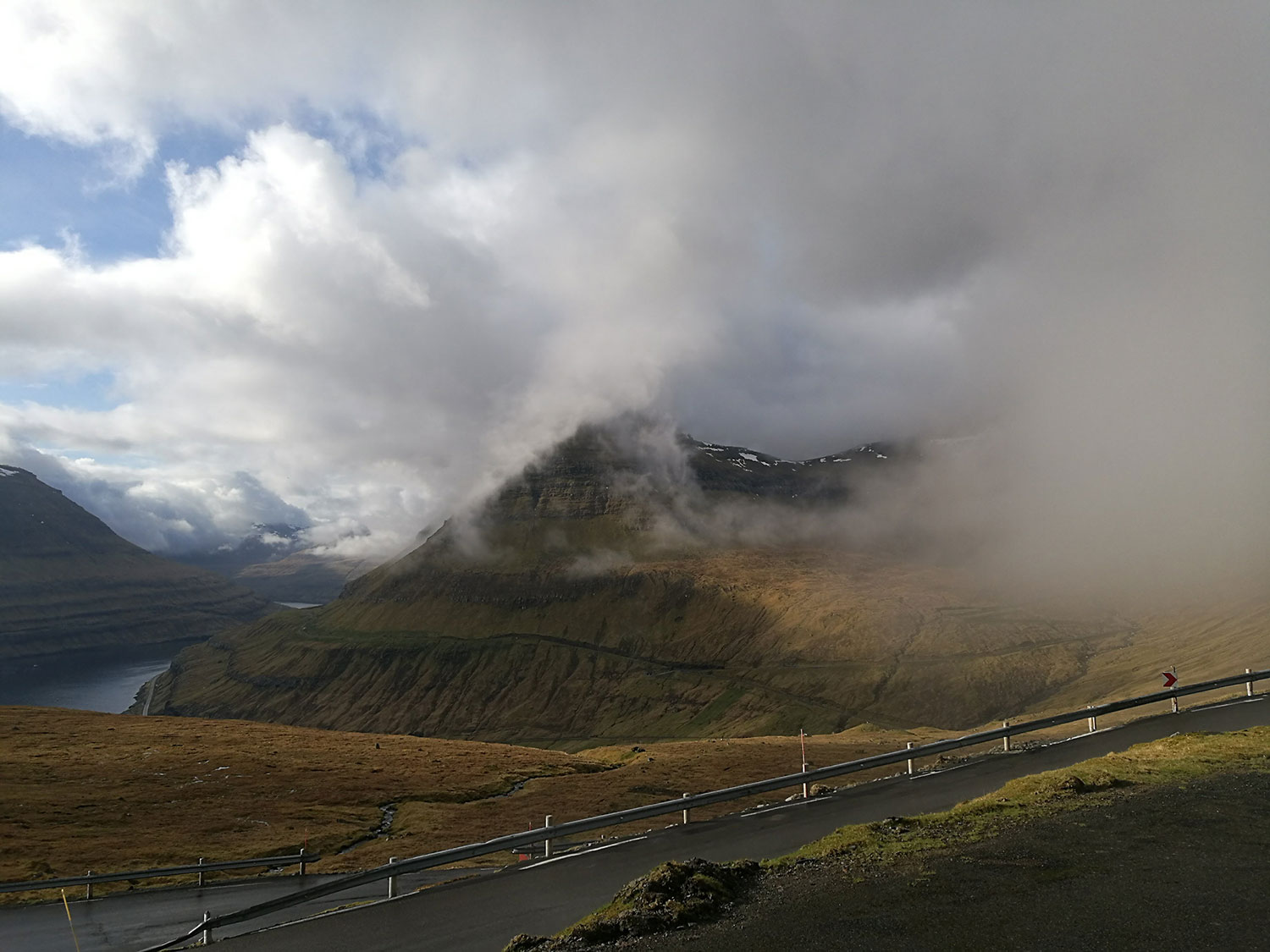 Tórshavn, from the Viking “Thor’s Haven”, is one of the smallest capital cities in the world. It’s a delight to potter around; noteworthy shops, restaurants and colourful houses with medieval grass roofs, and importantly, Tinganes, “The Thing”, seat of the Faroese parliament since the Viking era.

I’d come in part for the Bindifestivalur, or Knitting Festival, in Fuglafjørður. If that conjures up a Miss Marple-like congregation, you’d be wrong. More than 200 gutsy women from across the North Atlantic including Iceland, Greenland and Denmark, were celebrating, sharing and preserving the history of the craft that had kept generations warm and loved.

With no hotels in Fuglafjørður, delegates were accommodated in private homes. Every Faroese home I visited, however modest, had a table to seat at least 12, because as my host said, “We’re not used to coffee shops and restaurants, we need room to enjoy eating and drinking with our friends and neighbours”. This is a small nation, self-sufficient and yet not isolationist, harnessing technology yet embracing the values that make its culture so appealing.

Heading homewards, the plane took off through the hjallamjørki (belt of fog) and I was struck by how my trip was a metaphor for travel and life; we move between fog, some mjørki (summer mist), some flóki (bank of fog) and illumination, seeing the beauty beyond and adjusting our lens as we do.

'Thirty-seven names for fog' won the Daily Telegraph ‘Just Back’ weekly competition and was chosen as overall winner for 2018.